Will mere Civility be Enough?

We elect and send our leaders to Washington to lead and govern on our behalf. I’m saddened however by the lack of constraint, professional discourse and basic courtesy expressed by our chosen leaders. Constant accusations of racism, ridiculous comparisons to Hitler and foul language of the worst kind are becoming the norm. Is this really who we want to be?

Free Speech has become “freedom to insult”. To hate. To Judge. It’s an excuse to slander one’s neighbor, whether truthful or not. To demonize others for political gain is increasingly common-place. But at what cost?

There’s an ever-increasing call for civility within our public discourse, and we’d be wise to adhere to such a call. Those from both sides of the isle are calling out their own for inappropriate calls to action and violence. President Trump should lead the way toward civility. However, if others fail to show respect for one another, that’s on them, not President Trump. Every adult is responsible for their own actions.

As our country waxes towards polarization, division and the politics of personal destruction, I’m reminded of the unifying words of Thomas Jefferson.

I wonder though, is the call to civility enough? Can someone show civility and still harbor animus, even hatred? Of course. Therefore, we need our leaders to do much more than be civil, we need them to actually get along, and to become friends. To find common ground, even when they disagree. They are colleagues for crying out loud. And they have important work to do. We need our leaders to grow up.

What if President Trump arranged to have dinner with Maxine Waters, for no other reason than to just honor her and her office, get to know her, hear her story and try and understand why she believes the ways she does? He doesn’t have to agree with her, and it may not change a thing, but what a powerful example that would be.

What if Nancy Pelosi invited Sarah Huckabee Sanders to lunch for the same reason. What if Chuck Schumer reached out to those across the isle in order to seek out genuine friendships, and in an honest attempt to work together. Not as opponents, but as colleagues.

What if other leaders from both parties took radical steps to form friendships with those who often oppose them, if not only to demonstrate that the person is always more important than one’s precious political ideals. And to maintain some kind of friendship amidst the political battle. This would not only set the right example for us watching at home, it just might calm things down to the point of getting more done.

If they did, civility might be more common in D.C. After all, it’s hard to despise someone when you’re having a meal with them and hearing their story, even if you disagree with them. When you see their humanity, discover both the victories and the pain that has shaped who they are. In the process, one may discover more common ground than previously thought. And they might foster more willingness to work together. We need this to occur in Washington. And I’m challenging our leaders to do just that.

Underneath the shell of every soul is a person with convictions, personal struggles and a desire to find the right path in this confusing and difficult life. We could do more to help each other in this regard. But it’s easier to dehumanize from a distance than to draw close and honor others as fellow Americans, fellow human beings. I pray this type of spirit comes back into our country, and in our public debate.

Two thousand years ago, a man showed up on the planet and commanded us to love one another, even our enemies. Maybe Jesus knew the misery we’d find ourselves in if we didn’t. 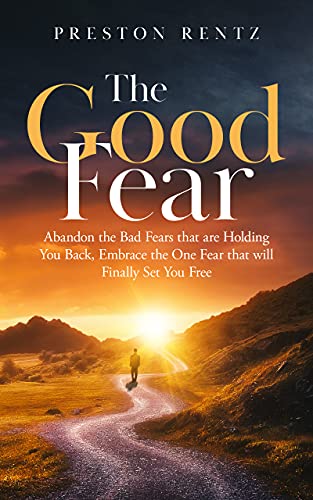 The Man Who Hated His Country

Once upon a time, there were two men who attended university together. They became great friends, but as their college years drew to a close, each…

Perhaps there’s never been more division in the U.S. than there is today, except maybe during our Civil War. Just because we’re not settling…

3 Steps to Clear a Foggy Outlook.

A heavy fog suddenly draped one of the world’s largest cities. Darkness reigned at noon as if midnight had arrived early. Those on foot managed…